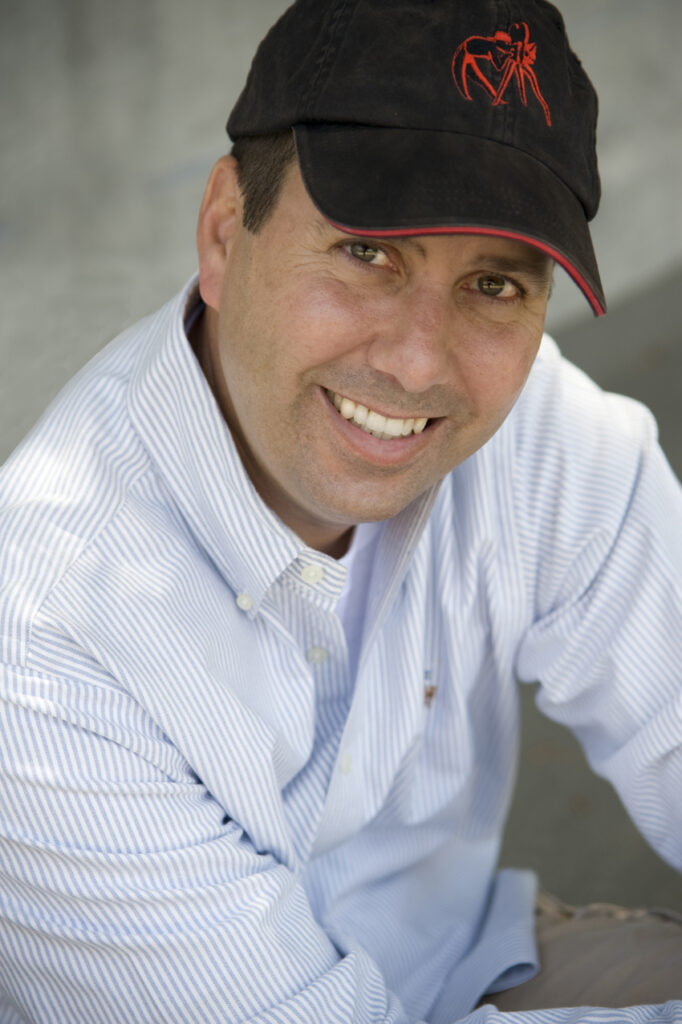 Mark Kolpack has worked in the film industry since 1985. His career began as a union film editor where he worked on feature films, MOW’s, and series television. Because of his work in post editorial, Mark was able to hone his skills in story telling, camera work, and film opticals. His thorough grounding in film principles has enabled him to apply that knowledge to Visual Effects with a complete understanding on how an Effects shot is designed, photographed, composited, and then translated back onto film or HD video.

In 1992, Mark joined Joe Pytka’s commercial production company, PYTKA, as the company’s Visual Effects Supervisor and head of Post Production. He worked closely with Joe and Advertising Creatives to help them realize the challenging Visuals Effects that existed in just about every PYTKA project. He oversaw the effects on commercial projects for Nike, McDonalds, Apple, Alamo, Levis, Doritos, Pepsi, and AllSport. Much of the work was critically received but none greater than Nike’s soccer spot “The Wall” which won the Palm D’ Or at Cannes in 1994. After being a part of PYTKA for two and a half years, Mark decided it was time to branch out and work with other commercial directors such as Jim Gartner, Peter Goldschmidt, Robert Black, Brent Thomas, and David Cornell.

In 1995, Mark was given a huge opportunity to work on “Batman Forever”, with John Dykstra and Eric Durst, where he was given the responsibility of completing the show’s Screening Composites. Then in 1996, Mark along with his new partner, opened their own company, Perfx, where he designed and supervised Visual Effects for Visa, Lockheed / Martin, AT&T, Cadillac, HBO, Nike, Cap’n Crunch, Ford, and Weight Watchers. Mark directed a spot for Star Trek Deep Space Nine entitled “Everyone Needs A Little Space” for which he won a Silver Promax Award in 1997. In 1998 his Lockheed / Martin “Rush Hour” spot made the International Monitor Award’s finalist category for Best Electronic Visual Effects National Commercials. While still with Perfx, he completed feature film work on New Line Cinema’s “Blade” and “Rush Hour” as well as the main title design for Centropolis Effects’ “Godzilla” in 1998.

Recently in 2013 thru 2019, Mark completed work on “Marvel’s Agents of S.H.I.E.L.D.” pilot & series for ABC Studios and Marvel Television. He serves as its Visual Effects Supervisor and has directed a webisode for the show as well as episode 604, “Code Yellow”.

Previously, Mark served as the Visual Effects Supervisor for “Heroes” Season 1 and received a 2007 Visual Effects Emmy nomination. Other shows include “Commander In Chief”, “NCIS”, “Ruffian” and “Thief” as well as working with Robert Towne on the opening main title sequence for “Ask The Dust”. Mark also worked on HBO’s highly acclaimed film “The Life & Death of Peter Sellers” as well as collaborating with directors Adam Shankman on “The Wedding Planner” and Nick Castle on Disney’s “Twas the Night”. He was also called upon to supervise on “Buffy the Vampire Slayer”.

Just recently Mark was the Visual Effects Producer for Warner Bros. “The Box” starring Frank Langella, Cameron Diaz and James Marsden. He also produced effects for the films “Inhale”, “The Ugly Truth” and “Krupp”. On “World’s Greatest Dad” Mark served as both VFX and DI Producer.

In the 2010-2011 TV season, Mark served as the Visual Effects Supervisor on “No Ordinary Family” for Disney ABC Television Group. 19 episodes were produced with a total of 1,500 VFX shots for the season. 900 shots were produced with the in-house team of seven compositors, one 3D artists, and a support team of one producer, one coordinator and a second sup.

After completing 7 seasons of Agents of S.H.I.E.L.D., Mark is now working on Raising Dion S2 for Netflix.